IE 11 is not supported. For an optimal experience visit our site on another browser.
Writer Maddie Eisenhart and her husband Michael learned how to share the burden of domestic responsibilities and it has improved their relationship.Amanda Anderson
Nov. 9, 2018, 5:33 PM UTC
By Julie Compton

Whether it’s grocery shopping, managing kids or holiday shopping, emotional labor is all the work that often goes unappreciated in a relationship, explains Eisenhart, an executive and blogger at A Practical Wedding.

“Essentially, to me, emotional labor is all of the invisible work that is done in managing a household in a relationship,” Eisenhart tells NBC News Better.

Eisenhart, 32, and her husband Michael, 35, have been together for 15 years. The San Francisco couple have an 18 month old son, work full time jobs, and share most of their domestic responsibilities. But for a long time, recalls Eisenhart, she did most of the emotional labor in their relationship.

“At the very least, I mostly just felt really stressed out and burned out and resentful, because I was doing all of this work, and it was going largely unseen and unappreciated, but it’s been a process,” she says.

While her husband is a great guy, Eisenhart says, it was a struggle to get him to take on his fair share of emotional labor. Here’s how she did it.

Eisenhart decided to start making all of her invisible emotional labor visible.

So she purchased a white board and hung it on her refrigerator. Every day, she wrote down all the things that needed to be done.

“What I did was I put it all on the white board, and then I asked him to take ownership,” Eisenhart said. “I said ‘Here are the 20 things that we need to take care of, and which do you want to do?’ And when he had the list, it made it very difficult for him to turn around and say, ‘You should do all of it.’”

She says it was important for her husband to be able to see the list of to-do’s she kept in her head.

“Previously, I just think he hadn’t been aware of how much labor I was doing,” she says.

STEP #2: GET COMFORTABLE WITH BEING UNCOMFORTABLE

For Eisenhart, a big struggle with getting her partner to take on more responsibility was learning to stand her ground.

“Asking more of your relationship often inherently means that you’re going to get some pushback,” Eisenhart says.

There were days, Eisenhart recalls, when they argued, but she learned not to give in.

“Part of this journey has just been accepting that it’s ok to add a bit of tension to my relationship if it’s ultimately going to make my marriage better,” she says.

She says she also needed to get comfortable with delegating effectively. For example, she says, when you need your partner to do something, don’t ask them to do it. Instead, phrase the question as a statement beginning with “I need you to…” She says it’s also important to avoid criticism.

“I know he’s going to want to respond to wanting to make my life better more than a criticism of what he’s not doing or a statement of what needs to be done,” Eisenhart explains.

STEP #3: REFUSE TO BE THE MIDDLE MAN (OR WOMAN)

Often, the partner who shoulders most of the emotional labor inadvertently becomes the middle man, according to Eisenhart.

For example, Eisenhart hired a dog walker to take the family dog out in the afternoons. Often, on days when her husband would be home early, he would ask her to cancel with the dog walker.

Eisenhart says she accepted this responsibility for months. “I was like ‘Sure I’ll be the middle man.’ Until, one day, I was like, Oh, there is no reason for this to be the case.”

Eisenhart says she sent her husband the dog walker’s number and told him to cancel on his own.

“My husband is an engineer. He works in high-level corporate environments all day long. He can handle texting a dog walker,” she says.

“If I’m going to ask my partner to be an equal partner in our marriage, that means that to an extent his standards need to be as valid as my own, which means that sometimes I just have to accept that things are getting done differently than I would do them,” she says

STEP #5: CALL OUT THE INJUSTICE

If all else fails and your partner still doesn’t shoulder their fair share of emotional labor, you may have to simply call out the unfairness, says Eisenhart.

“Sometimes, calling it out really plainly is a way to snap him into attention and realize that we’ve been falling into a sort of very gender stereotype trap,” she says.

STEP #6: UNDERSTAND NO RELATIONSHIP IS PERFECT

Eisenhart says she isn’t on a mission to make her marriage perfect. Rather, she sees it as a road to progress with some bumps along the way.

“I think a lot of maintaining peace in our marriage is that I am not trying to solve all of the inequities in our relationship all at once, and I’m also not asking for him to get it right every single time,” she says. “I just want to see that he has heard most of what I’m saying and is taking active measures to move forward.” 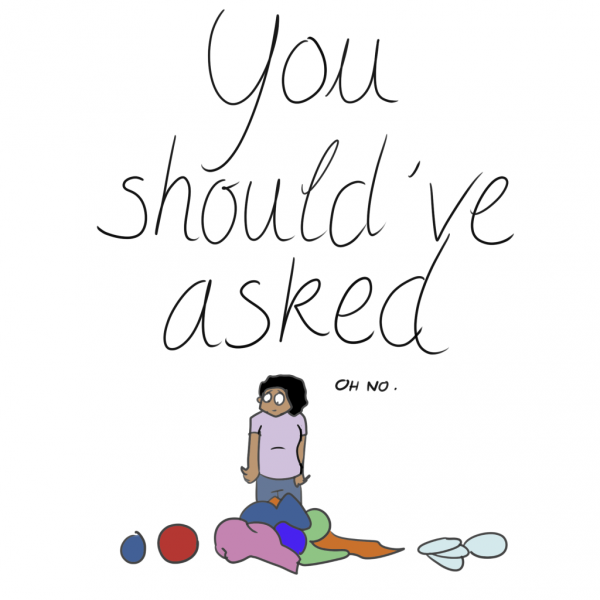 Love & MarriageWhat is the 'mental load'? And why do moms tend to bear the bulk of it?

Since making her emotional labor more visible, Eisenhart says her husband has taken on a lot more responsibilities on his own.

“I mean now, frankly, he’s kind of obnoxious,” she says with a laugh, “because he’s appointed himself ‘Cleaner of the Cleanliness,’ and comes with a side of smug I was not expecting.”

She says her husband’s efforts to do more have “dramatically improved our relationship.”

“I think part of that is because I am feeling much more gratitude toward my partner and much less resentful,” Eisenhart says, “and it is much nicer when I feel like I have a true partnership — like we are really sharing in our relationship management.”