The Secret to Getting Better Sleep

Arianna Huffington’s wake-up call arrived when she was lying in a pool of blood on the floor of her office.

It was 2007, two years after she launched The Huffington Post, and deep within her doing-it-all period of working 18-hour days, running from office to speaking event to interview.

Huffington repeats the story as a cautionary tale — she was so run down, she collapsed at her desk and broke a cheekbone and woke up in a pool of blood. After weeks of medical tests she got an understandable, if disturbing, diagnosis: Exhaustion.

Ten years on, Huffington calls her collapse “the best thing that ever happened to me,” a wake-up call that changed her life. It inspired her to focus on what she calls the “third metric” of success, write two books, “Thrive” and “The Sleep Revolution,” and walk away from The Huffington Post to start a new venture, Thrive Global.

And so one of the most powerful women in the world — the author of 15 books and a founder of a news site that sold to AOL for $315 million in 2011 — has transformed into perhaps the world’s leading sleep guru. Her TED talk on getting more sleep has been viewed more than 4 million times.

It all sounds, well, a little exhausting.

But Huffington insists getting enough sleep has been “truly transformational.”

“When I get eight hours, I feel ready to handle anything during the day without stress and without paying a heavy price in terms of my own health and my own mental well-being,” she says.

Huffington spoke to NBC News BETTER at her SoHo office, which features a nap pod beside a photo collage of Ruth Bader Ginsburg wearing pink pussy hats, created by her daughter Isabella. Huffington explained her hatred of the term “work/life balance,” why she considers sleep a feminist issue and offered another reason Donald Trump should unplug from his devices at night.

How does somebody as busy as you manage to get seven or eight hours of sleep in a night?

The first step is to really understand all the science. Because we claim to be data-driven and yet, we're swimming in a culture which believes something which is simply unscientific. Our culture, the mainstream culture, continues to believe that in order to succeed, you have to burn out. And really, this goes back to the first industrial revolution when we started treating human beings like machines.

And the goal of a machine is to minimize downtime but the human operating system is not a machine. And downtime is not a bug but a feature of the system. So once you read all the science … the data is unequivocal.

Work BetterWhy Lack of Sleep Is Costing Us Billions of Dollars

The science is so conclusive that you realize that it's not a trade-off. That's why we don't like the term work/life balance, because it makes it seem as though you have to balance them when in fact they rise or fall in tandem.

You've called President Trump, who says he sleeps four to five hours a night, a poster child for sleep deprivation.

Well, you know, President Trump demonstrates how erratic you can be if you are sleep-deprived. And how many self-destructive decisions you end up making. A lot of leaders have said that. You know, Bill Clinton famously said that the biggest mistakes he made, he made when he was tired. He did not specify what mistakes. But we all wish he would’ve gotten a good eight hours' sleep.

You've also called sleep a new feminist issue. Why do you think that?

The reason I call sleep a feminist issue is because I believe that the third feminist revolution involves learning how to change workplaces so that they are not fueled by burnout and stress, and how to learn to put on our own oxygen masks first.

And if you think of it, the first feminist revolution was giving us the vote; the second, giving us access to every job at the top of every profession. But the third is actually changing the way the world of work is organized. Because it was designed by men and it's not working. And we see, in the traditional world of work, we congratulate people for working 24/7. We celebrate them for answering texts and emails at all times. That has to change because we now have all the science that shows that in fact it leads to many, many bad decisions.

One of the challenges must be the people who feel the most stressed and the most on the edge of burnout probably also think they don't have enough time to sleep. What do you say to those people?

Oh, absolutely. I think people think they never have enough time to sleep. But I think what would be really helpful for them is to look at the data of how much less effective they are when they are sleep-deprived because, after all, how good we are at what we are doing is not just a function of time; it's a function of energy.

I mean, I know if I'm writing an article and I'm sleep-deprived, it's going to take me three times as long, for example. If I'm making decisions in my company and I'm tired, they're not going to be as good because my cognitive performance is impaired. So we need to put all that in the equation. And also, we need to be very realistic about what are we doing with our time. 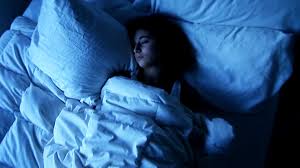 Work BetterWhy sleeping on the job may be ideal: Arianna Huffington’s ‘sleep revolution’

What is the single most important way of avoiding burnout? Is it sleeping more? Is it paring things down?

I think it's really recognizing the connection between well-being and performance. Because once we recognize that, then sleep is very important, but also little breaks during the day, even if it's, like, 90 seconds of breathing or a meditation, or a walk around the block, so that you don't let the stress become cumulative.

I'm a big believer in letting go of things that are not working in our life. I call it you can complete a project by dropping it. Like, if you've started something and you feel that this is really not what you want to be doing, and you can drop it, great. There's no harm in that. It could be a book. Or it could be a relationship. It could be really, basically, being open and transparent about the value you get from everything.

Do you feel that our cultural approach to sleep has changed since you've started talking about this?

Oh, our cultural approach has changed dramatically. I think it's really exciting to see what's happening — to see a piece in the New York Times calling sleep the new status symbol, to have celebrities like Katy Perry, to whom we sent a pillow that was produced, that says, "Sleep your way to the top," and she did a lovely Instagram with her falling asleep with the pillow behind her, that I have on my Instagram.

We have Jeff Bezos blogging on Thrive Global about how he's getting eight hours' sleep at night. It's good for Amazon shareholders because he makes better decisions. Endless examples. New role models, new science. We are really in an amazing inflection point and it's really exciting to be part of it.