IE 11 is not supported. For an optimal experience visit our site on another browser.
Police detain a protester during a demonstration against a Pride Parade in Bialystok, Poland, on July 20, 2019.Magda Bogdanowicz / Facebook via Reuters
July 22, 2019, 1:32 PM UTC
By Reuters

WARSAW — Police have detained 25 people in Bialystok, eastern Poland, after attacks on those taking part in the city's first equality march amid accusations that the ruling Law and Justice (PiS) party benefits from fueling anti-gay sentiment.

Lesbian, gay, bisexual and transgender rights have become an issue in Poland ahead of a general election expected in October, with the conservative party depicting campaigners as a threat to traditional Polish values.

"Officers ensure security regardless of the ideas, values and beliefs proclaimed by citizens. Any person who breaks the law (...) should know they can be held responsible," interior minister Elzbieta Witek said on Twitter on Sunday.

Videos posted on Twitter show men attacking participants in the march, including a woman, and shouting anti-LGBTQ insults. Some of the attackers were wearing football club t-shirts.

Last year during an equality march in Lublin, another eastern Polish city, activists were hounded by groups of men, who were dispersed by riot police firing tear gas.

This year, at a political rally before European Parliament elections, PiS leader Jaroslaw Kaczynski urged Poles to vote for what he called "the only party that gives a 100% guarantee that our values will be protected". 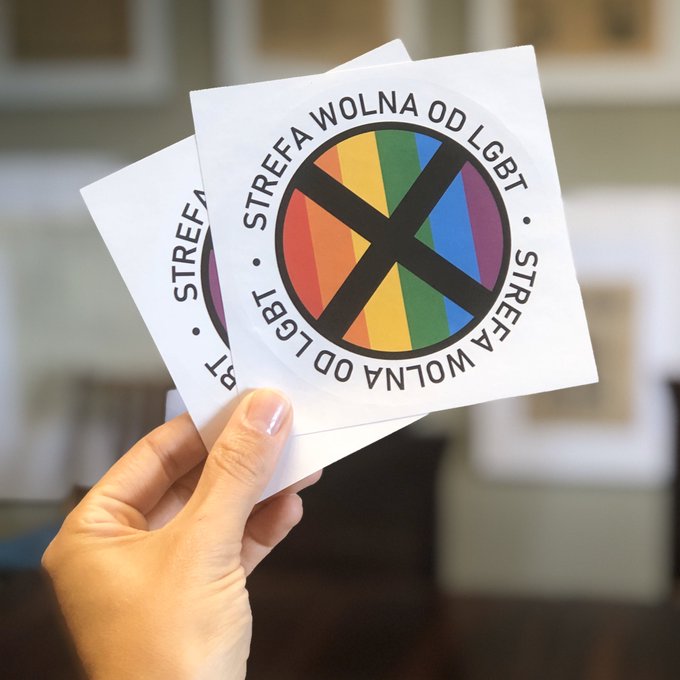 LGBTQ rights constitute foreign values that pose "a real threat to our identity, to our nation", he said. Some observers see parallels with the party's 2015 campaign, when it deployed anti-immigrant rhetoric.

"One should condemn any act of hooliganism and I condemn it doubly (...) Firstly because you can't beat, yank people under any circumstances," PiS legislator Marcin Horala told broadcaster TVN24.

"But also because nothing helps promote LGBT in Poland as much as giving them the role of victim, as was the case in Bialystok," he added.

PiS took power in 2015 and remains popular thanks to generous welfare payouts, low unemployment and its nationalist rhetoric.

A newspaper supporting PiS was criticized in recent days by the U.S. and British embassies for its plan to put an "LGBT-free zone" sticker on one of its editions.