AMSTERDAM — An unkempt stretch of tall grass, wildflowers and weeds in front of a train station doesn't look like much — but it may be crucial to solving one of the world's biggest environmental puzzles.

While scientists around the globe have been sounding alarm bells over the decline of bees and pollinators crucial to the growth of crops, the diversity of wild bee and honeybee species in the Dutch capital has increased by 45 percent since 2000.

The city of 2.3 million people attributes the success to creating bee-friendly environments like the overgrown, sunburnt patch of shrubs that commuters pass by daily.

The installation of “insect hotels" and a ban on the use of chemical pesticides on public land also appear to have played a role.

The decline of bees and pollinators has been a growing concern around the planet.

A study by the University of Vermont found that the wild bee population in the United States declined by 23 percent from 2008 and 2013. The most worrisome shortfall occurred in key agricultural regions, including California, the Pacific Northwest and the Mississippi River valley, that depend on pollinators.

Amsterdam's municipal government has made significant investments, including creating a $38.5 million sustainability fund,in improving the environment — not only for bees but the entire ecosystem.

It also set a goal four years ago to convert half of all public green spaces to native plants — like outside the Sloterdijk train station.

EnvironmentScientists are bugging out over insect 'Armageddon'

“Our strategy is to when we design a park, we use native species but also the species that give a lot of flowering and fruit for (bees),” Timmermans said.

Residents and businesses are provided with information on how to avoid using pesticides with alternative treatments for private land.

“(Citizens) acknowledge the importance of the natural environment. It's part of the culture,” he said.

The city also employs what Timmermans calls a “nature-inclusive” ideology in its design plans.

Developers are also encouraged to install green roofs on new buildings, which help control the climate within the structure, reducing reliance on heating and cooling systems, and also create a better habitat for wildlife.

Subsidies are available through the city for residents and owners looking to retrofit existing roofs or exterior walls.

Zoku, a hotel catering to business travelers and remote workers, designed a rooftop garden and dining area with the idea of bringing the outdoors in for people tied to their laptops.

With funding from the city covering 46 percent of the project's cost, it retrofitted the roof of the six-story building to include a diverse range of plant life from moss — typically used on green roofs — to vegetables and endangered shrubs.

Hotel guests and the public are welcome to lounge in hammocks or sit indoors by large windows overlooking both the rooftop greenery and city.

“People will stay here hugging a pillow and say I don’t want to leave, I don’t want to go into town,” said Veerle Donders, Zoku's brand and concept manager. “They say it’s really nice to see the sunset and ease their mind from city life.”

It’s not only a scenic escape for visitors, but the space is a feeding ground and home for bees that cluster around flower beds or in “insect hotels” — small wooden structures with holes drilled through them to encourage bees and other bugs to nest — that hang on a few exterior walls.

Roofs aren’t the only spaces in the city becoming more green.

Residents can also request to have a 16-inch strip of pavement immediately against their home at the ground level removed in order to plant shrubs, flowers or climbing vines, Timmermans said. A city ecologist can even offer consultation on what plants would most likely thrive in their neighborhood.

From the street, fist-sized holes can be seen drilled into the exterior walls of some buildings. Timmermans said they serve as nesting space for swifts, bats and other birds.

While these efforts appear to be having a positive effect on wildlife, it’s unclear exactly how much damage urban development had on the bees and pollinators in Amsterdam before records were kept.

Timmermans said an initial survey was conducted in 2000 to establish a baseline for future research, and whether a significant loss in bee species occurred before that is unknown.

However, a 2015 survey of pollinators found 21 bee species not previously documented in the city.

The dwindling bee populationhas been noted in the Netherlands since the 1950s.

David Kleijn, an ecology professor at Wageningen University, said the biggest factor contributing to the decline of bees globally is loss of habitat. Urbanization and the expansion of agriculture is leaving bees without native plants to consume and space to build hives or burrow.

The Dutch government introduced a pollinator strategy this year to revive bees, butterflies and other insects that are crucial to the cultivation of more than 75 percent of the country’s food crop.

Planting one type or even a select variety of flowers or trees isn’t a silver-bullet solution. Kleijn said individual species of bees rely on select species of plants, and studies have shown that the disappearance of certain plants is correlated with the loss of bees. 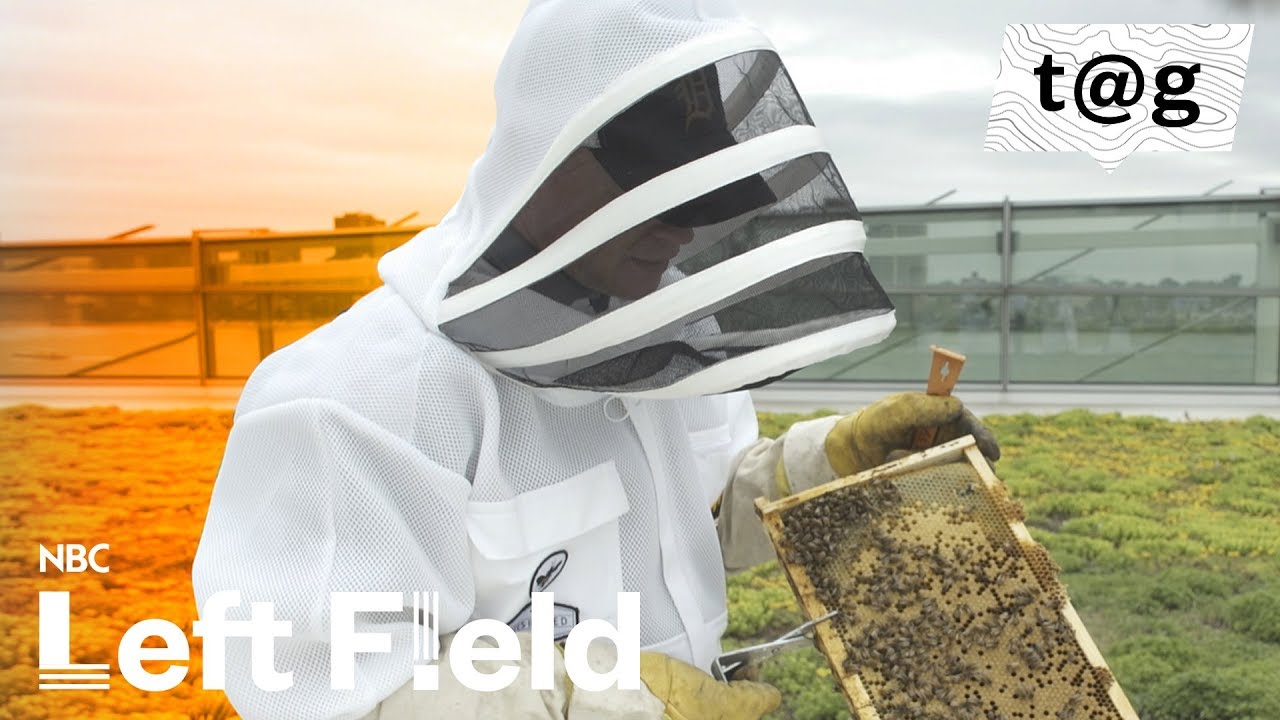 While bee populations are improving in Amsterdam, concern remains high for the more than 300 species across the country. Sixty-six percent of all bee species in the country are on the red list, classifying them as endangered.

Deborah Post founded Honey Highway so she could do her part to help save the bees.

Post lives about 40 miles southwest of Amsterdam in a rural community. When the honey bees in her apiary began dying off, she began to research the cause.

Post said the Dutch government identified a decline in beekeeping, the use of pesticides and fertilizers, invasive pests, and a shortage of food and habitat as contributors to the decline of bees.

“Three problems of the four problems, I cannot do anything about it. But the fourth, not enough flowers, I can personally sow wildflowers. It’s simple,” she said.

With a new highway being built in the area in 2015, she pitched to government and developers to allow her to sow wildflowers along the sides of the road that would typically be left with only gravel or grass. The experiment was a success.

The bees living in 11 hives on her family’s property are thriving, she said, as are the wildflowers despite an unusually hot and dry summer.

Building on the experience, Post expanded Honey Highway, sowing flowers along other major routes and also along dikes and railways.

The flowers she uses are all native to Holland and chosen based on what is most likely to thrive in a given area.

She’s involved schoolchildren to help with the sowing process so the next generation can also learn about the ecosystem around bees.

Long term, Post said she wants to see more routes in the country covered, and hopes she can expand internationally as well.